I’m happy with how things went in Dafdilly today! I paid off my third debt (for the final expansion of the main room), so tomorrow I will get a new room — upstairs, I think? Maybe I’ll put fruit furniture in there since I’ve already collected a fair amount from those sets. I also got two new pictures from my neighbors, and grew an orange pansy, my third hybrid in Dafdilly. 🙂 Rod is moving away, which I’m fine with because I have his picture to remember him by, and it will be fun to see who moves in next!

Wow, sorry for such a blurry picture of this occasion!

I agree Amelia, what a ridiculous thing to say! 😆 You know, I think snooties get too much hate. They say some really fun things; I especially like when they find a buried diary and ask you to choose which page to read from, and afterwards they get all creeped out like we’d just read something disturbing and mysterious. I also love when they ask you to fix a music box they found on the beach. 😛

While fishing to pay off my mortgage, I caught a hammerhead shark and a dace, the last two fish available in July that I needed! I still have quite a few July bugs to catch, though: the agrias butterfly, ant, atlas beetle, elephant beetle, giant beetle, goliath beetle, hercules beetle, peacock butterfly, and scarab beetle. Several beetles can only be found on coconut palms, so once the one I planted the other day reaches maturity (maybe tomorrow?), I’ll be able to catch them. Other insects I just haven’t seen for some reason, like the agrias butterfly and scarab beetle.

The two pictures I got today:

Joey and Blaire. 🙂 I was especially happy to get Joey’s because that glitch some lazy villagers have (where they think they’ve given you their picture but haven’t) didn’t get in the way.

As for Trildale, I’m still trying to find the right town. Maybe I’m being too picky, but I guess I want the same level of satisfaction for Trildale that I have for Dafdilly: being so happy with the town that I want to keep it forever. The most important things to me now are triangle grass and houses that remind me of cottages: 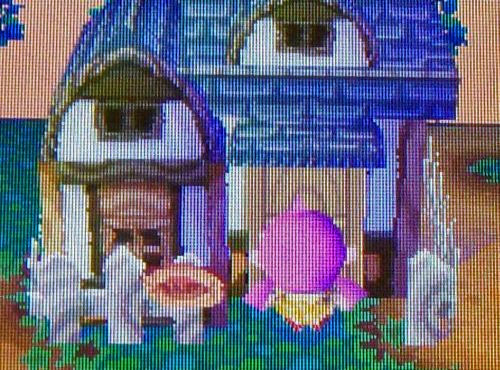 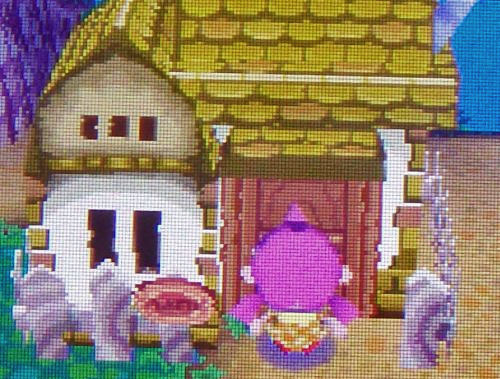 2 thoughts on “Third debt paid off”