My first WiFi in ages is thanks to Liam! He had the idea a little over a month ago that we have a get-together like old times before he goes back to school with more questionable WiFi opportunities going forward. 🙂

Greeting Liam at the gate ^-^ So nice to have a friend over again! ❤

But it wasn’t just one friend! Seconds after Liam arrived, a huuuge and wonderful surprise for me arrived in the form of Vee from Delltune, aka Choco! 😀

We take the time to greet each other and soak in the special moment of the three of us meeting up again, after years of being friends through Animal Crossing, but after about 2 years of not WiFing much at all. ❤ 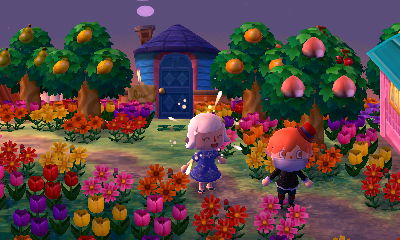 I didn’t have anything in particular planned, but we just enjoyed each other’s company as I showed them sights around town, some of which were new or a bit different from before. 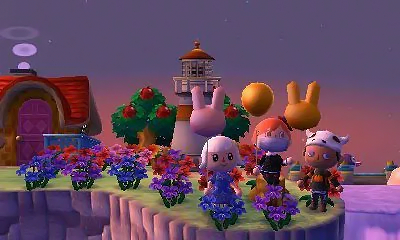 Liam gave us some balloons for the occasion, which was very generous of him! And we matched cutely with each other as we walked around town, two orange balloons and two bunny balloons ^_^ 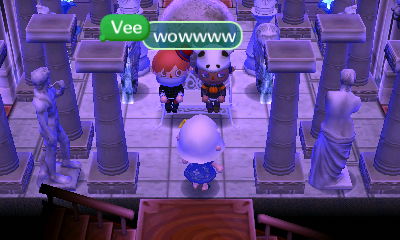 Liam and Choco were ahead of me in entering Estel’s castle, and I got a kick out of this sight as I walked in xD Liam said, “Welcome to your home, Amy” 😛 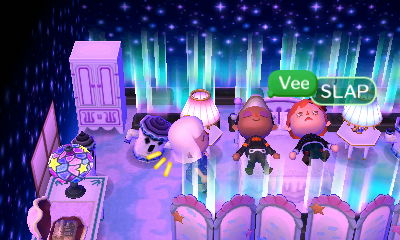 Having fun with typical WiFi shenanigans 😛 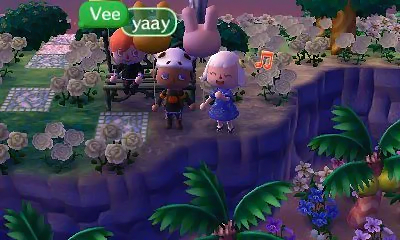 Aw, Choco looked lonely over there, so we joined her xP It’s too bad we can’t all sit on one bench! 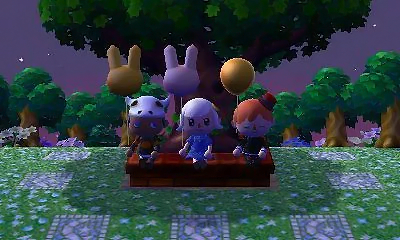 But we can all three sit under the town tree 🙂

While were were reading Citàlune’s history, the clock struck 7pm, which we didn’t hear because of the town tree’s music. However, since it was a meteor shower night, we did start seeing shooting stars in the background, sometimes quite poignantly in time with the music or special moments in the tree’s scrolling story *__* 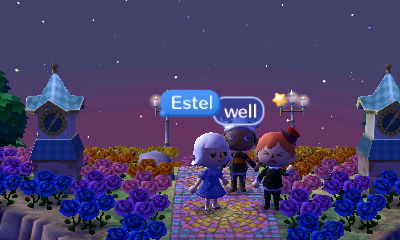 Since the meteor shower had started, I came up with the grand plan (not…) of getting a group picture of us making a wish at the same time. Let’s just say there was a lot of dead air >_> And a lot of waiting around for shooting stars that seemed reluctant to show after being so frequent minutes ago! 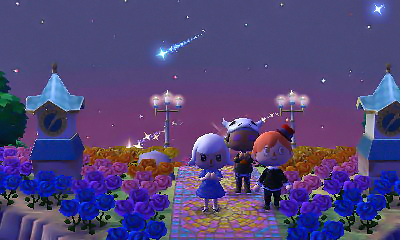 We were eventually rewarded for our patience ^^ Though we found that because of WiFi lag, it was hard to get a picture of us all bowing at the same time — I merged two photos for this picture. 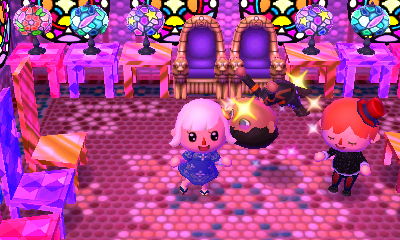 This is a shot that sure came out interesting 😛

Giving Choco a round of applause in the performance hall 😀 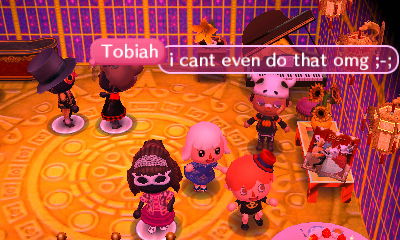 I was amused that the only real dance move we could do in Lyra’s ballroom was the Shrunk Shuffle, but poor Liam couldn’t join in~ 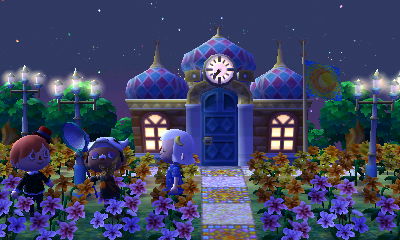 A continuous source of laughter for me was all the catches Liam was making during the WiFi! “What will he catch next?” xD

We share another peaceful moment together watching the shooting stars 🙂

Choco looks like she’s running on the bridge’s side-rail somehow, and Julian looks like he’s wearing a crown! Choco was off to make a catch of her own, the firefly floating above the river ^^

Saying our goodbyes after this long, fun, wonderful WiFi that had me grinning or laughing 98% of the time ❤ Thank you so much to you both! This was a great way for Citàlune to re-open its gates again 😀