The beginning of Autumn is in the air — and in the new, warmer grass color! 🍃🍂 I made a new road to replace my pastel one, and hope to make more changes to come!

But first, before the grass color changed: 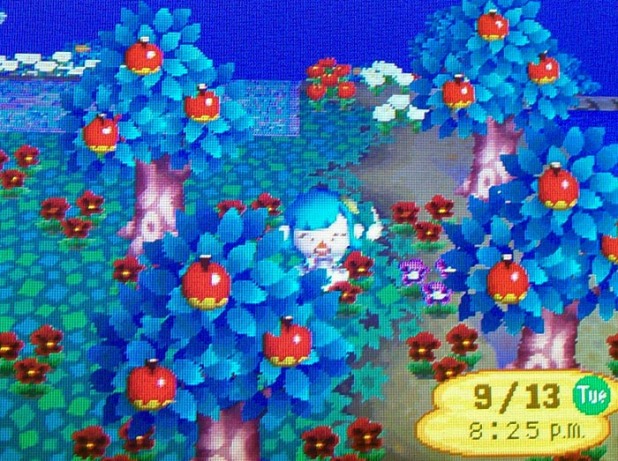 On Monday I grew my first purple pansy 😀 It’s about time!!

I think the ones I have are going to be fairly hard to beat, actually. There are probably only a handful I would rather have.

I also shot down Gulliver that day!

He gave me an Arc de Triomphe model, not bad. 🙂 Since he gave me chocolates last time, I’ll probably be happy with whatever he gives from now on!

Peewee also gave me his pic on Thursday… why do crankies have to be so creepy about giving them to you?

My two cranky pics. I got Curt’s recently, too (should’ve included it here 😛 ). Receiving these pictures made me realize my town is pretty imbalanced. I have 6 males (half are crankies), and only 2 females. 😯

Aw, Pierce packed up yesterday… I sent him a goodbye letter. 🙂 I hope moving him back to Teru’s town works, so I can visit him there! Lots of blue in this picture 😛

I knew the grass was supposed to change on the 16th, so when I started up my game today, I was a bit excited and nervous to see what my town looked like. I think the new grass color is really nice, but I’m so used to the bluish-green instead, so it might take a little while to get used to.

Plus, my side paths are messed up now. 😛

I even think my main road — which, unlike my side roads, doesn’t attempt to blend in with the surrounding environment — kind of clashes with the warmer green: 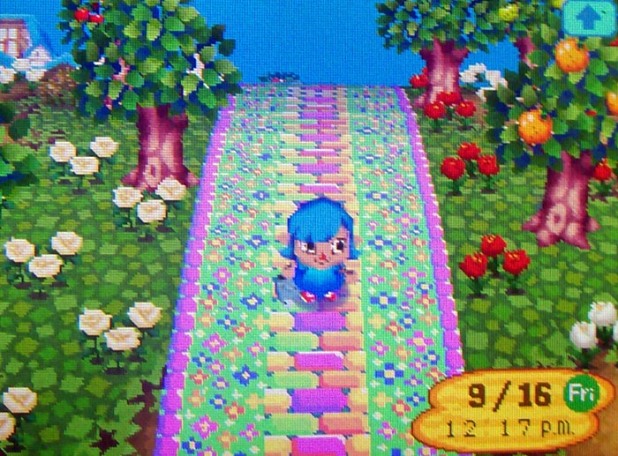 I do like the look of these main paths with the sunny cosmos by the gate, though! 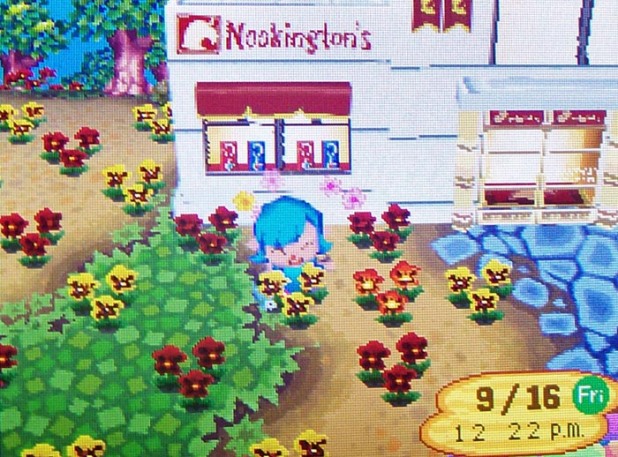 I grew an orange pansy today! 🙂 It’s especially nice seeing new orange pansies pop up since I don’t have a large breeding area for them.

This is the replacement I made for my main road today: 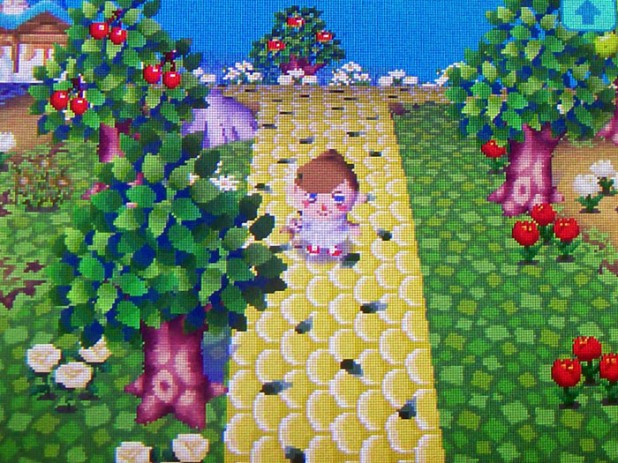 A gold cobblestone path with green leaves 🍃 My previous road was 3 spaces wide, so I have some blank areas on the sides to fill with trees and flowers. More trees alongside the road would be nice to go with the fallen leaves.

I still have to replace the side paths that branch off the main road to my neighbors’ houses. It will be tricky because I like doing a stepping stone-style path for the side roads (that blends in with the surrounding area), but the colors on palette 12 are catered more towards the previous grass color than the current one. Well, I’ll figure something out. 🙂