This is an AC:WW post, but not on my main town Dafdilly, so feel free to not read it if you’re not interested. ^_^ I just thought I would share about a new AC:WW town I have on one of my extra gamecards, which I’ve decided will be permanent, called Imladris. It’s actually not totally new, though; I’ve had Imladris for about a year now, when I used it to store Dafdilly’s flowers while I was doing the dead spot testing project.

Recently I’ve decided to keep Imladris because I don’t think it’s a bad town (I like the house styles and triangle grass) and because I think I could put it to certain uses. It will be helpful to have some more storage space (I’m a pack-rat when it comes to non-orderable items) and I plan on using it to grow hybrids. I used to grow hybrids in Dafdilly with what I call “hybrid farms,” fields of common flowers arranged in a diagonal formation to produce certain hybrids (like this one to grow pink tulips). Now, though, I feel like I have enough common flowers and hybrids to make more decorative gardens around town, and I would prefer have those in Dafdilly rather than the more boring hybrid farms. But I still want to have some way to produce more hybrids without ordering from giveaways and such. I’ve never ordered flowers from giveaways before because I find it more rewarding to grow them naturally… the wonderful feeling when you see a new hybrid you love pop up! 🙂 However, I have received some rare flowers from friends during WiFi. I used to feel differently about it — originally I wanted my first blue rose to be one that I grew myself — but then I thought that gifts like that from friends are equally special. Probably even more special! I remember receiving a blue rose from Saima, Choco, and Teru, and they each have memories of those WiFis attached to them. 😀

I’m trying to grow hybrids in Imladris in the most natural way possible. I haven’t time-travelled at all because I have Imladris’s gamecard in my 3DS, which is always set to the correct time. I also haven’t used any help from Dafdilly; the watering can and common flowers are all from Imladris. 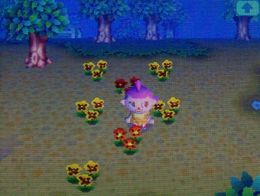 So far I have grown a purple pansy and an orange pansy this way. Patty also grew me a pink tulip during the flower fest.

Eventually I plan on having small, equal patches of flowers that will each produce a type of hybrid. I hope this will help me even out my collection of hybrids, which is very uneven. >_< To show what I mean, here is a list of my hybrids updated 5/12/13:

Blue roses: 3 (all gifts from friends)

Gold roses: 3 (all gifts from friends)

Black cosmos: 1. I didn’t actively try to grow them in the past, they’re my least favorite hybrid.

Imladris’s map is nothing fancy, but it’s not bad either. I like the two ponds and the way the museum is way off on its own.

What I do really like about this town are the houses! 😀 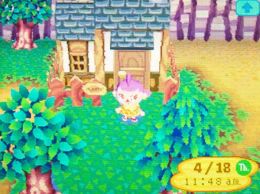 This house style is simple, with a dark blue roof, white walls, and wooden beams, but it’s actually one of my favorites. It has a nice cottage feel. 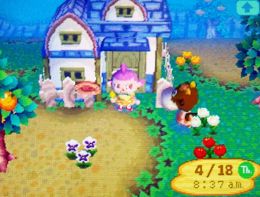 This one has a lighter blue roof (more turquoise), green beams, and a white wall.

I don’t even really know the best words to describe this house style (orange and gray? warm colored cottage?), but I think it’s so lovely and has a wonderful feel to it. 🙂
I don’t know what the fourth house style is yet (every AC:WW town has four different styles of houses), but I think it’s fairly lucky that I like the three so far and that they don’t clash with each other.

This house style has always reminded me of a log cabin. It belongs to Mitzi, who can be seen in the background. 🙂

Kid Cat, who snuck out of Dafdilly recently, lives in Imladris now. He’s wearing the lollipop dress inspired by Princess Lolly of CandyLand, but it doesn’t suit him at all. >_< He seems to like it, though. He even said "Why haven't you designed anything this good?" xP 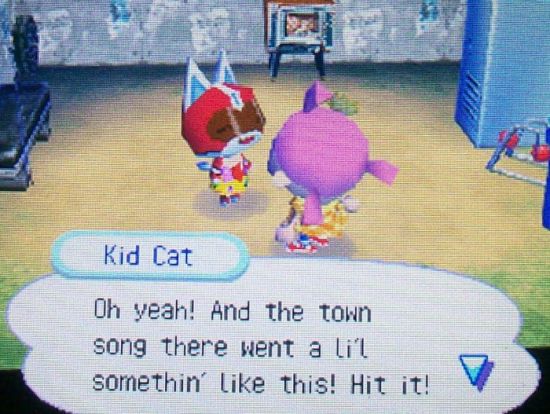 He sang me Dafdilly’s town tune, which is from Forest Life by K.K. Slider. 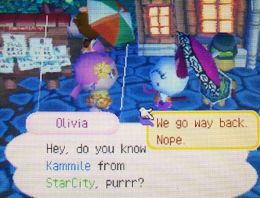 Through DS-to-DSing between Dafdilly and Imladris, the 13th Zodiac has come to Imladris! I love this constellation, which is originally by Teru. Choco also liked it, so a while back she created this constellation as well in her AC:WW town StarCity, and I got it from her through WiFi. It’s nice to see StarCity recalled in the game’s dialogue even though the town has long been gone. 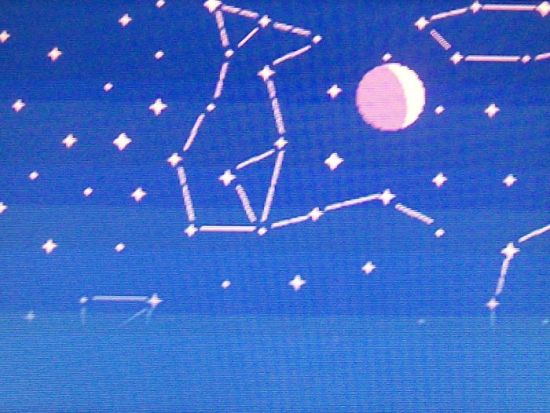 The constellation on a clearer sky. It’s perfect, looks just like a cat! And I love cats 😀 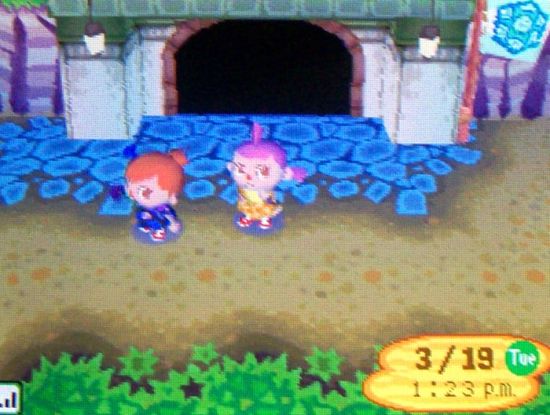 And speaking of Teru, she actually came to Imladris recently! ^_^ It was for a 9th slot neighbor trade, transferring Apollo from Imladris to her town Bundeena. I didn’t get that many pictures because the WiFi was very brief, but it was good seeing Rain again 🙂 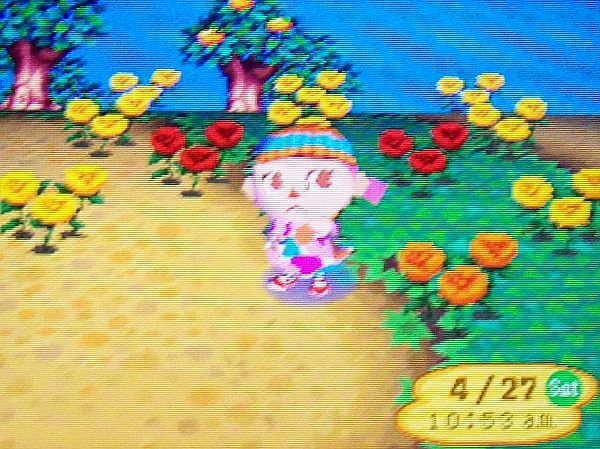 As you can see, my orange rose growing area isn’t complete yet, but I still grew one today — my first orange rose! 😀 It happens to match my outfit. I like this hat and shirt together! I probably wouldn’t have ever thought to put this outfit together, but both were on sale at Ables’ the same day and I thought they matched pretty well.

I won’t be doing any more posts on Imladris, I just wanted to make its existence known. Lastly, a small update on Dafdilly: it’s still on February 20th and the candy patterns and landscaping are all still intact, in case anyone wants to WiFi. But I’ve been working on making new spring path patterns on the computer, and once I have them ready, I’ll start working on re-landscaping for spring. I’m sorry that it’s taking me so long. 😦 I spend a fair amount of time doing trial-and-error with these patterns, like first I was going to do a wooden peg fence, but then I decided I didn’t like that and instead did a plain white picket fence. And I’m also putting a lot of thought into getting the flowers inside the fence just right, like the ideal pixels that will produce an AC:WW-style pansy, rose, or cosmo on the ground. I’ll try to speed up the process, though! 🙂